Rebecca Malcolm is a game developer and programmer, with almost 1 year industry experience working in data engineering at WB Games Boston and 2 years of experience developing games. She is a rising senior at Northeastern University pursuing a Bachelors degree in Computer Science with a Game Design minor and is most interested in game mechanics and rendering.

A 2.5D click-and-drag-furniture pinball-esque game where you guide your sleepwalking buddy Jeoff back to bed! This was a submission for Global Game Jam 2019. My role as lead programmer:

I spent a lot of time browsing forums and learning about the Unity physics engine. This is the first game I ever programmed.

Princess Boof can party hard but now it's time to make the trek back home, using various not-swords for self-defense. Submitted to the GameMaker's ToolKit Game Jam 2019.

Currently this project is undergoing some level re-design and bug fixing. 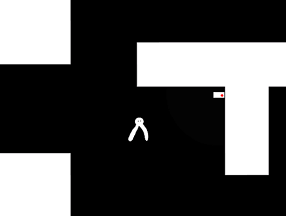 Our friendly cryptid, the Fresno nightcrawler, dreams of being a CCTV film star. They just can't let anyone see them in person! Started during Cryptid Jam 2019. Currently in development.

This is my current pet project. My only collaborator is a sound designer.

This Is Supposed To Be A Square

Have you ever wanted to see a tesseract aka a hypercube aka the 4D equivalent of a square projected into VR? Great! Because we did that for Hack(Her)413 2019. As lead programmer: